Get fresh music recommendations delivered to your inbox every Friday.

by The Native Cats 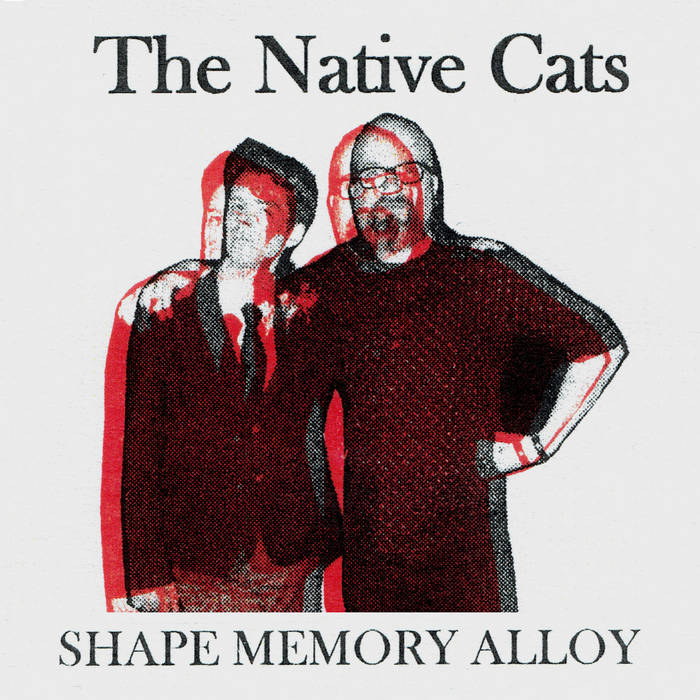 SHAPE MEMORY ALLOY, a cassette compilation of unauthorised live recordings of Hobart electronic pub rock band the Native Cats, released on Wrong Place Records without the band’s permission; a moot point, as the year is 2015, and rock music has been banned. These performances have been selected from a wide range of forbidden dates and prohibited locations, such as their unsanctioned live debut on 26 January 2008, their unlawful 2013 Australian tour in support of their now-outlawed third album DALLAS, and even their embargo-defying 2012 appearance at Gonerfest 8 in Memphis. Further aggravating factors include unapproved alterations made to the songs’ electronic arrangements by singer and machine operator Chloe Alison Escott without proper consultation with bassist Julian Teakle, as well as many unapproved lyrical variations, some made with the explicit purpose of obstructing Wrong Place Records proprietor Robert Fisher in the course of his duty of standing in the front row and singing along. The front cover features a photograph of both offenders convening illegally and without invitation at the wedding of two known associates. The cassette is titled in reference to a peculiar metal alloy which cannot be named for security and intellectual property reasons. The practice of applying audio to cassette tape is itself of dubious legality. Digital files containing the same audio have also been created via an illicit conversion process. Simply by reading this you have become complicit in all of the above and plenty more besides. Cease, desist, relinquish, surrender, drop dead, and suffer in your jocks.

Bandcamp Daily  your guide to the world of Bandcamp